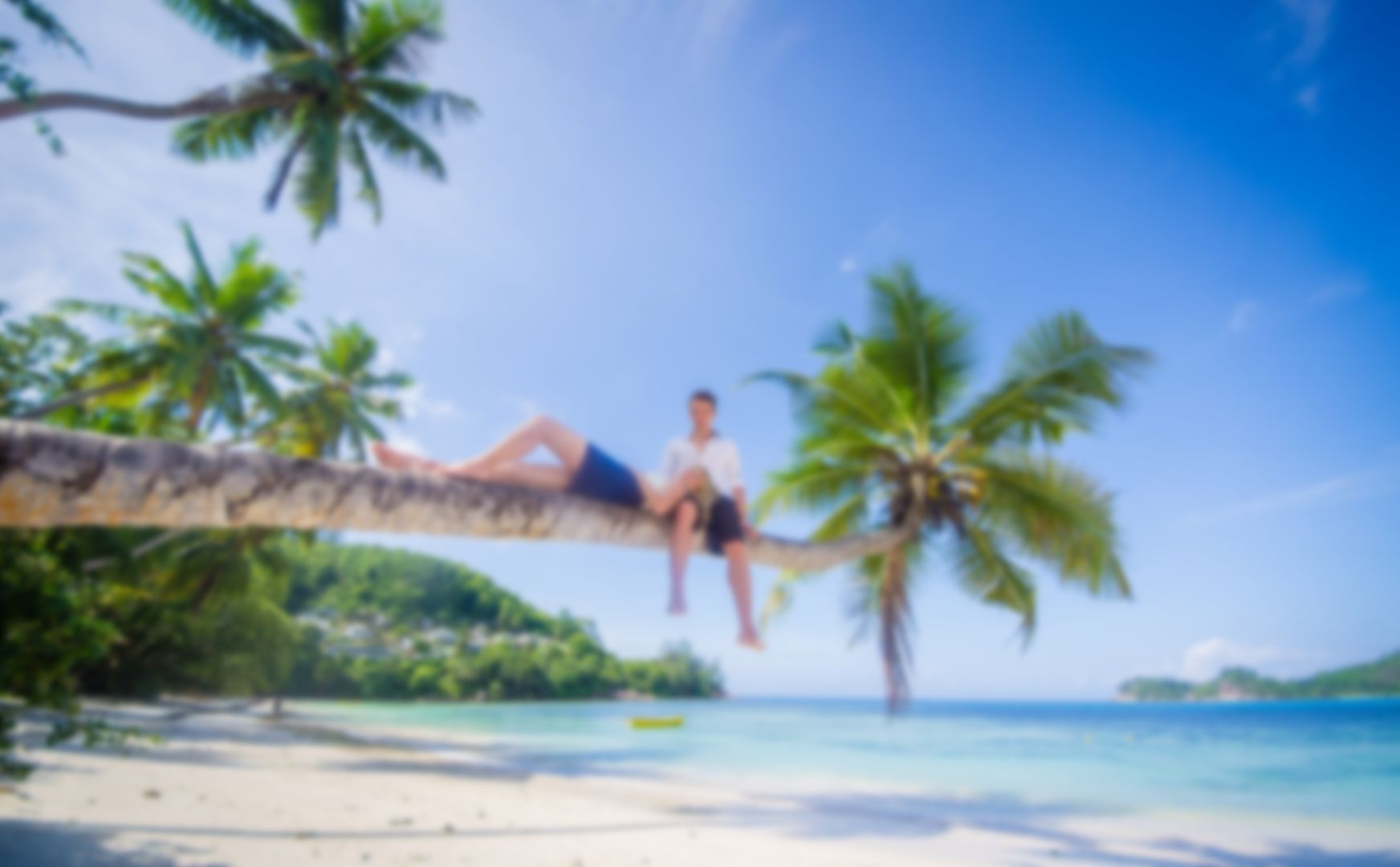 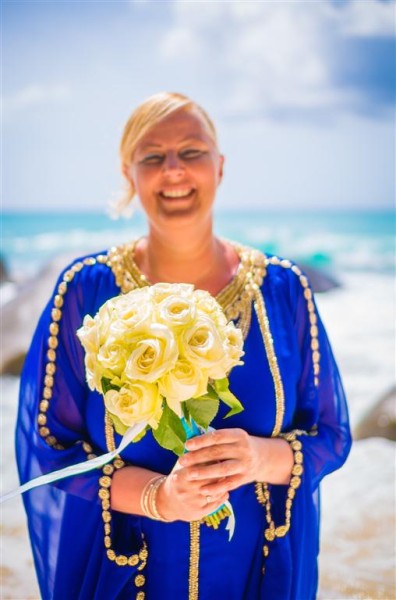 June, 12th: It was another sunny day in Seychelles… and it was a special day for an excited couple to pronounce their vows on the beautiful sandy beach at Carana, North East Point of Mahé island. The bride was British and the groom from Syria, both residing in Dubai. The couple was spending their holidays at the just opened 5* Savoy Resort and Spa. They came to Seychelles just for 7 days, as they are both very busy in UAE and they wanted to get married fast and easy, to legalize their relationship in Dubai. So they had chosen our Wedding tour for Expats.

The wedding was scheduled to happen at 12 pm, as the bride was having a hair do and stylist, who was putting on her make up. We started early in the morning with the actual preparations of the wedding gazebo, which had the theme color of white and light blue, chosen by the couple itself. It was followed by the reception table which was also decorated with shells, pearls and red hearts. We also had freshly cut tropical flowers placed on and near the gazebo, accompanied with white roses in bamboo stands, in each sides of the pathway, which was designed with fresh coconut leaves.

At around 10.45am we suddenly started to encounter a fast tide movement from low to high and as time passed the waves became much more enormous. They were crashing and splashing down the shores and removing all of our settings. In no time the 4-poster gazebo appeared to be in the sea instead of the beach, haha. Well as the wedding came was already close, we just moved the reception table and the decoration higher up the beach under the shade of a beautiful palm tree. We kept the option for the couple to decide, whether they want to have their wedding with their feet in the Indian Ocean, or if we do it under the coconut tree with the gazebo as a nice accessory in the background…

When I picked them up from the Savoy and arrived with them at the venue, they were surprised, that they had to climb a little to get to the beach… But as I say: nothing comes for free. If you want to be on a secluded beach, you have to pass some (minor) obstacles… like going down some steep slopes. Once they reached the beach, they were welcomed by my assistant with a locally made coconut drink from the shell. Thy looooved it!

A few minutes later our lovely Registrar Marie reached the venue and started to get to know the wedding couple… She’s always easy going and brings a warm and joyful mood to each wedding. Slowly but surely she began the ceremony… as she started with the reading of vows and exchange of rings. The couple was still so amazed by the high tide, that they were making jokes about it and giggling.all the time… enjoying themselves a lot!

After the formal part of the ceremony finished it was now time to cut the cake and pop the champagne cork. Well this time we got them sparkling cidar, as the bride was pregnant and the groom Muslim. So 2 times no-go for alcohol 🙂

The bride was so happy and emotional to have her beloved husband by her side… they kissed, hugged, and took loads of photos as their souvenirs on this memorable day. What a beautiful wedding and such a positive karma on the beach of Carana…

You are ready to get married in Seychelles, too? Just make a wish… Our e-mail: info@wedding-in-seychelles.com